Earlier this year, it emerged that 2,118 schoolgirls in the UK have experienced health problems after being given the jab. Side effects range from rashes and fainting, to convulsions, heart palpitations and even paralysis. One girl in Liverpool has spent nearly six months in a wheelchair after becoming paralysed following the jab.

These figures come from the Government's own pharmaceutical watchdog, the Medicines and Healthcare Products Regulatory Agency, which monitors reports from GPs and hospitals of reactions to drugs and vaccines.

In May, Crispin Blunt, the shadow minister for Home Affairs, also raised concerns about the vaccines in the House of Commons. He cited the case of Rebecca Ramagge, a schoolgirl in his Reigate constituency who had fallen ill shortly after her first injection of Cervarix.

He said: 'Over the full course of the three injections, Rebecca has gone from being a healthy sports-loving teenager and tournament level tennis player to being crippled by chronic fatique syndrome, unable to attend school regularly and in need of help with basic tasks such as walking and eating because of the exhaustion and muscular pain from which she is now suffering.'

Rebecca suffered serious joint pain after her first injection in September 2008. Yet she went on to receive the two follow-up jabs at school as well.

Worryingly, her family doctor was never told about the jabs - and was unable to link her deteriorating condition to the vaccine. It was only after Rebecca was referred to a consultant paediatrician at hospital that her symptoms were identified, according to Mr Crispin, as 'highly consistent with a reaction to the vaccine.'

The consultant was 'astonished' to find that nurses had administered the third jab despite Rebecca complaining of a side effect listed on the Cervarix production information.

Read more: http://www.dailymail.co.uk/news/article-1216942/Cervical-cancer-vaccine-programme-chaos-death-schoolgirl-14-hours-jab.html#ixzz0SaBCg2P9
Posted by Shirley Worden at 11:01 No comments: 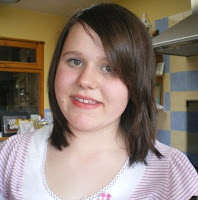 Yesterday a fourteen year old girl dropped dead at her school within an hour of receiving the cervical cancer jab. What is shocking is the continued pressure being put on parents and pupils by the government to continue with the vaccination programme.

Last night, a fellow pupil gave a dramatic account of how Natalie collapsed.
The 15-year-old girl said: 'We all had the jab today from Year Nine to the sixth form.
'About an hour after having the jab Natalie went really pale and wasn't breathing. I think it was around lunchtime.
'She fainted in the corridor. I saw ambulance men pumping her chest then the teachers told us to go outside.
'A lot of people were crying afterwards and we were all very worried.
'We have to have three of the jabs in all and a lot of us don't want to take the rest, but they're telling us we have to because there will be sideeffects if we don't have them all.'

Let us be clear cervical cancer is still rare and the virus which causes it is sexually transmitted. Therefore the more sexual partners you have the greater the risk.

My heart breaks for those who are literally being used as guinea pigs in an evil game of social engineering.

Be warned to submit to the pressure to have this jab could literally cost you you daughters life!