Lie for a season 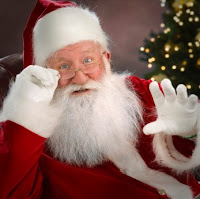 As Christmas approaches millions of parents will lie to their children. Mothers and Fathers will encourage their children to make lists of gifts they want from a false god called Santa. The ninth commandment is "Though shalt not lie" However many will overlook this commandment during the festive season. Jesus understood this well when he said "You reject the commandment of God, that you may keep your own tradition" Mark 7:9. To the visible disgust of many we never told this lie to our daughter but told her plainly the presents come from us. She has in no way 'missed' out and I feel God has blessed us in that. To encourage worship of Santa is to incite covetness, materialism and greed. Interestingly Santa is an anagram of Satan. The second commandment forbids us to bow down to anything other than God and the first commandment to always put God first. In millions of homes the God of the Bible will be the last thing on many peoples minds. The false god Santa will be exalted amongst the unregenerate and the real God will receive no thanks for life, family, food and all the other common blessings he has made available to all.
Posted by Shirley Worden at 11:44 8 comments:

Charles has once again expressed his desire to drop the 'The' from 'Defender of the faith' when and if he becomes King. I suppose he would also wish to drop the the 'The' from "I am the way" and replace it with 'a.' I do not believe we need another defender of faiths in this country, we are allready awash with them. However pseudo religious groups across the country will see it as welcome news and embrace him I'm sure. And there is the problem. Charles is a people pleaser not a God pleaser and more importantly a pleaser of self, as his past life testifies to. Hundreds of thousands of men and women have laid down there lives to uphold the truth of God's word and more particulary to proclaim 'Jesus is the only way to find peace with God.' It would seem that Charles will not soil his clothes with such a matter. God help us.
Posted by Shirley Worden at 10:26 No comments:

To pray or not to pray?

What follows is an excellent point made recently by a viewer of The Way Of The Master television programme.

"I've noticed that sometimes after you witness to people you encourage them to pray a prayer of repentance and faith later. Is this because you discern that they aren't ready to truly give their life to Jesus right then? I see the wisdom in not rushing a person to make a decision (we don't want to make a false convert), but wouldn't it be good to have them pray right then (if they have acknowledged their sin and understand the gospel) as long as we don't follow that prayer by saying, 'Congratulations, you're saved'? Shouldn't we have them pray before the conviction wears off? What if the actual verbalizing of a prayer makes something 'click' in their heart? Isn't waiting potentially as dangerous as rushing the person?"

Our methodology reveals our theology. If the conviction is there, it's only because the Holy Spirit is doing the convicting. That means that God's hand is on him, and he will come to Christ in God's timing. I don't ever want to interfere with a work of God. Another reason I ask if they would like to pray later (on TV) is that there is something a little awkward about surrendering to Christ on-camera. This is because I don't pray a "sinner's prayer" with him, but instead ask if he wants to pray a prayer of repentance, then I pray for him. Confessing and forsaking your sins is very personal, and I don't want to push someone into something they don't want to do. Remember, people aren't saved by verbalizing a prayer, but by their heartfelt repentance and surrender to Christ. God knows their heart.
Posted by Shirley Worden at 10:33 1 comment:

Real or not so real?

Imagine your holding a twenty pound note. What percentage of changes must be on it to make it counterfeit? 5%? 3%? 1%. I believe the smallest ammount will cause that twenty pound note to be a fake. That is why counter-fitters work with microscopes because they know 'Its in the detail.' The majority of us wouldn't know if we had handled a counterfeit note because we've never studied it enough. However as Christians we are called to study God's word with great care and precision. When we do this we will be able to spot the odd addition or odd subtraction as a counterfeit work and reject it. "Study to show yourself approved to God, a workman that need not to be ashamed, rightly dividing the word of truth" 2Timothy 2:15. Let us encourage one another to spend more time in the word of God so that our faith in it and our obedience to it may wax exeedingly.
Posted by Shirley Worden at 10:38 No comments: 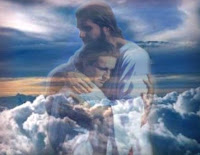 Last year over a thousand men went to the police after being raped. It’s believed than many more don’t report their attack because of shame and the fear they won’t be believed. Police believe they are only seeing about 8-10% of rape victims. All agency's report a substantial increase in those coming forward for help. Survivors UK a charity which works with victims say they are getting thousands of calls asking for help. A family friend told me last year how his step-son had been homosexually date raped by a gang of men. He woke up in a field. The last thing he remembered was drinking in a club. The pain then kicked in and the awful reality of what happened came flooding back. Eight months after the event he is still unable to leave his home.

We know from the Bible accounts of Lot and Noah that God acts quickly when these kind of violent acts are prevalent. Jesus warned that homosexual perversion and violence would increase prior to judgement coming upon the earth. Let the preachers of righteousness go forth and sound the trumpet for the wrath of God is at hand.
Posted by Shirley Worden at 14:01 1 comment:

What on earth is the church coming to? A friend of mine was waiting for a bus at 1.45 pm besides St Andrews Church Plymouth when having 10 minutes to spare decided to have a look at their bookshop. Imagine his amazement to find the Church full to the rafters and playing the song (from the film Life of Brian) 'always look on the bright side of life.' A song which mocks the crucifixion! Apparently it was a funeral and that was the chosen 'hymn!' Jesus was correct when he doubted upon his return whether there would be any faith left! I can bet my bottom dollar the person in the coffin is not singing 'look on the bright side of life.' He isn't singing period. If we believe the words of Jesus the lost are languishing in Hell with great torment. May the real bride of Christ stand up and reveal the usurper for who she really is!
Posted by Shirley Worden at 14:48 No comments: