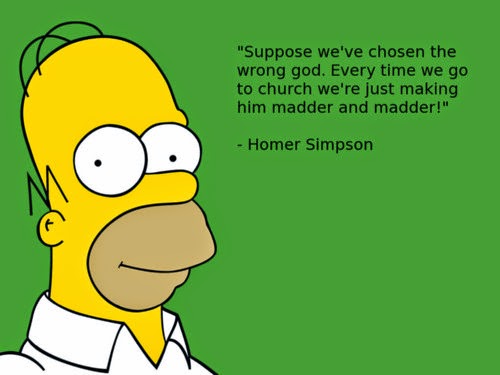 The false benevolent god is an all loving, all forgiving god, who will never punish sin, judge anyone or send them to hell for an eternity. He is largely ignored throughout the year except when he is brought out for funerals, wedding, christenings and of course Christmas and Easter. He is an idolatrous god because he has been made by the mind of man and bears little or no resemblance to the holy and righteous true God of the Bible and Father of our Lord Jesus Christ. Following this false god brings little comfort or joy because it lacks relationship and accountability. Accountability because the followers of this false god believe they are unanswerable and free to do whatever they choose. Relationship because intimacy is not desired or sought after but rather an arm’s length approach is adopted.

He is widely spoken about throughout the land and promoted in the highest of religious establishments. When the true biblical God is proclaimed followers of this false god balk at the very idea of His existence. The apostle Paul entreated Christ’s followers to “Examine yourselves to see whether you are in the faith; test yourselves. If indeed Christ dwells in you” (2Corinthians 13:5). Are you a true Christian, or are you a counterfeit? Have you been born again, or only putting up a front?  A true Christian according to the apostle Paul is someone in whom Christ dwells. How can we know for sure? In Romans Paul says, The Spirit himself testifies with our spirit that we are God's children (Romans 8:16). There will be an inner witness, an assurance that cannot be moved. Look for the evidence of fruit in your life. If Christ indeed is in you there will be evidence of a changed life. Your attitudes will have changed away from self-centeredness and the dark things of the world. Sin will no longer be embraced; pleasing the Father will be uttermost in your thoughts. Jesus said “follow me.” Is it Him your are truly following or the false benevolent god? Better to check one-self today than enter into an eternity of confusion, loneliness and regret!
Posted by Shirley Worden at 09:56 No comments:

The death clock:When will I die?

The death clock. The Internet's friendly reminder that life is slipping away is being accessed by millions and was featured on today's BBC2 Jeremy Vine show. Jut enter your D.O.B, Sex, BMI, Smoking Status and press the 'Check Your Death Clock' button to be given your death age.   The death lock has been predicting peoples demise since 2006 and boasts 3,101,657 death projections and counting. The disclaimer at the buttom of the page quite rightly reminds users that the death clock "should be used for fun only, this calculator is unlikely to predict your actual date of death."

Only God can know the actual time of anyones death. Jesus predicted his death multiple times, twenty-one times to be precise. Jesus taught his followers that he must suffer many things and be rejected by the elders, chief priests and teachers of the law. Jesus said to them, "We are going up to Jerusalem, and the Son of Man will be betrayed to the chief priests and the teachers of the law. They will condemn him to death and will turn him over to the Gentiles to be mocked and flogged and crucified. On the third day he will be raised to life!"

Easter remembers the death of Christ and celebrates his resurrection. Billions of people have put their eternal well-being safely in his hands. He said he was the resurrection and the life and anyone who believes in him, though he should die, shall live. What a promise. And no empty promise either, he proved that by showing he had the power to raise himself from the grave. Jesus offers forgivness of sins and the gift of everlasting life to all who trust and believe in him. For all those who have done this, clock watching is no longer needed. Have you placed your life and your future completely in God’s hands? If not, why not today?
Posted by Shirley Worden at 14:49 3 comments: 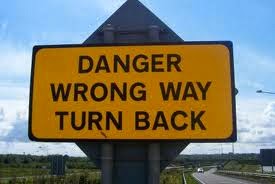 A women was caught in adultery and brought before Jesus to be judged. The people who brought her wanted to stone her to death according to Jewish law (back then adultery carried the death penalty). However they didn't bring the man, and the women remained silent. Jesus reminded the blood thirsty, baying crowd of their own sexual sins and asked if there was one perfect, sinless person, among them let him be the first to lift a stone. There wasn't so one by one they walked away. Actually that isn't true because there was one perfect, sinless man...Jesus. He told her to "Go and sin no more." Because Jesus payed the price for our sin upon the cross every individual has an opportunity to "Go and sin no more."
Posted by Shirley Worden at 11:47 2 comments: 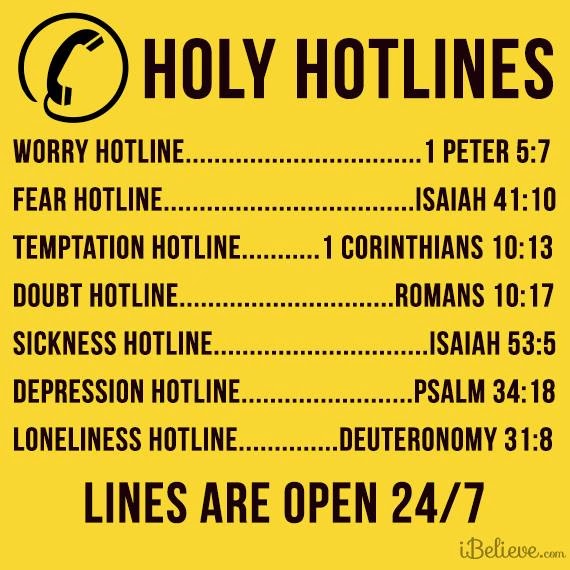 Many people do not understand just how hot the Bible is. Gods firey passion for humanity burns on every page. From the moment humanity fell, on that monumental day way back in time, God has been at work communicating with a word that at large doesn't want to know Him. Humanities arch enemy has been busy trying to discredit Gods finest communication piece...His Holy Bible. He will highlight the scriptures which speak of judgement and punishment and gloss over the ones which speak of Gods mercy, love and passion. He will try and belittle it by pointing out the obvious "It was written by men." Satan knows salvation knowledge cannot come about apart from Gods holy word. He goes to great lengths to keep us from it. However like a message in a bottle bobbing on the sea, Gods heart cry is... reach out, pick me up, read me and then you will find me.
Posted by Shirley Worden at 14:04 No comments: 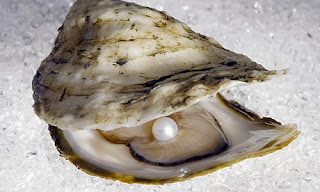 I felt dissapointed today to read the Church Of England were considering removing foundational words from the Christening service. Sin, Saviour and Devil are words thought to be out of date. I was wondering where all this dumbing down can really lead to? The COE have taken the people pleasing approach for over a decade but it hasn't added to the congragation rather the reverse!

Sadly the Church and the name Christianity in general is having a really bad press. How can Christians hold their heads high above the barrage of criticism and continue to proclaim Christ?

I believe the answer is in THE PEARL OF GREAT PRICE. To look at an oyster you could never believe it contains something extrordinarily beautiful, white and pure. The shell is scabby and dirty. Oysters are really hard to find. It takes perseverance and going deep to find one!

Jesus said "the kingdom of heaven is like a merchant seeking beautiful pearls,  who, when he had found one pearl of great price, went and sold all that he had and bought it. Matthew 13:45-46

The merchant was seeking. Jesus is the pearl of great price. Jesus promised all those whom seek Him would find Him.

It's so easy to find fault with those within the church but it takes special effort to look for the pearl!

To find the pearl, go deep, persevere and look past the grubbiness and perhaps like me you will find Jesus. Pure, white, righteous King of Kings and Lord of Lords, Jesus of Nazareth!