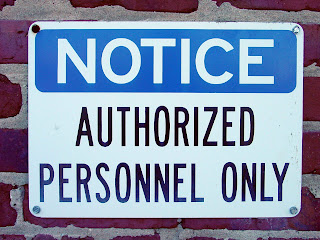 It may seem that the world is out of control and being ruled by men and women we feel we cannot trust, but this is far from the truth, because God is in control! The bible teaches people do not come to power by accident! In fact the opposite, God is the one who sets up kings and rulers for his purposes.

No one can take up a place of power or authority unless God has ordained it. God uses the good, the bad and the ugly. God uses the unexpected to fulfill his purposes in world history. Some are put in place to speed something up or allow something to happen. Others are raised up to slow something down or to prevent something from happening.

God hardened the heart of the Pharaoh to set in motion his plan to release his people from evil bondage and their escape from Egypt. God used the Pharaoh for his purposes. God used a pagan king, Cyrus king of Persia, a man of bloody conquests and cut throat politics, to rebuild the holy temple in Jerusalem and call back the Israelites from the Babylonian exile. God used Cyrus for his purposes. When Pontius Pilate told Jesus he had the power to have him crucified Jesus replied “You would have no power over me if it were not given to you from above” John 19:11. God used Pontius Pilate for his purposes.

Do not be so hasty to write a ruler or leader off. "For my thoughts are not your thoughts, neither are your ways my ways," declares the LORD. Isaiah 55:8. Nothing is wasted in Gods economy he could be about to use him or her for some historic event which will bring about Gods purposes for mankind. "For the LORD of hosts has planned, and who can frustrate it? And as for His stretched-out hand, who can turn it back?" Isaiah 14:27.

All authority begins and ends with God and God is in control. Knowing this how should we act?

Posted by Shirley Worden at 15:59 No comments:

THE DEMONIZATION OF TRUMP 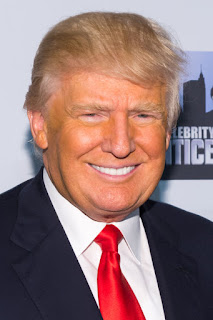 2016 was an exciting year, politically, for the UK with the unexpected Brexit vote and it ended with an all-time political shocker; Donald Trump was elected President of The United States. I have seen leaders come and go but have never before witnessed the strength of hatred toward a politician as I have in the last recent days. It seemed to reach its summit during the world-wide ‘Women’s Marches’ the day following Trumps inauguration. Whilst Donald Trump was in church praying for divine help and wisdom millions were on the streets waving banners. Captions were personal ‘Not my president,’ ‘Dump Trump,’ ‘Hate Trump, ’and emotive with captions such as ‘abortion on demand & without apology’ & ‘don’t mess with my reproductive rights.’ Scenes unfolded that were more reminiscent of demonstrations on the streets of Gazza or Iran.  I was waiting for the voice of wisdom to speak out against the hysterical scenes that were being played out before the world’s eyes. The women’s marches showed forth an ugliness of humanity that has left many shocked, dismayed or even bewildered.

The demonization of any individual or people is abhorrent. I remember my visit to the holocaust museum in Jerusalem where I saw slogans, pamphlets and propaganda demonizing the Jewish people. This atmosphere paved the way for their murder. Donald Trump it would seem is fair game but I can’t help feeling a sense of unease. Trump is daring to go where other men have feared to tread, abortion, immigration, Israel and the Palestinians, all areas he is impacting. Trump is keeping his promises to those who elected him but stirring up those who didn’t. Any president who dares to take a stand on these political hot potatoes as Trump has should be at least admired for his courage.

During Trump’s campaign my overwhelming feeling was the strength of a Judgmental spiritual at work.  It cannot be denied that Donald Trump has made mistakes, doing and saying the wrong thing, but hey who hasn’t!   Jesus instructed his listeners “Why do you see the speck in your brother's eye but fail to notice the beam in your own eye?” Luke 6:41. I have heard people repeat parrot fashion how ‘Trump is the most dangerous man in the world.’ But I feel far more dangerous is the refusal of the losing side to democratically and graciously accept that Donald Trump is in The Whitehouse.
Posted by Shirley Worden at 13:36 No comments: